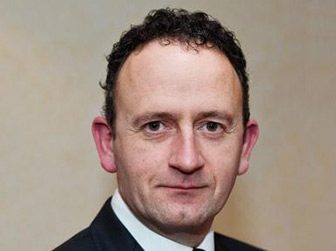 Reasons why developers were reluctant to build

Michael Cleary, speaking as a member of SCSI with Brian Finn on RTE Morning Business News.

Michael Cleary, a member of the SCSI’s Planning & Development professional group, said we could be looking at between 1,200 to 1,300 units being delivered in those developments. He pointed out that planning was the very first stage and that it could take several years to deliver the end product. “The number of permissions coming through is a guide to where commencements would eventually happen. They could take up to three years to deliver. In the greater Dublin area, we had approximately 2,700 to 3,000 commencements this year. That’s a long way off the 7,000 that we need to meet demand,” he said.

Mr Cleary said there were a number of reasons as to why developers were reluctant to build at the moment. “Property development is capital intensive, low margin and is a risky business,” he said. “Developers are reticent about lodging applications pending the new development plan standards coming in the next Dublin City Council Development Plan, together with fears over purchasers in market who would buy units. And there are issues over accessing capital in the market,” he explained. Mr Cleary said the development plan standards, which are due to come in next year, will allow for greater densities and housing and apartment types that are location appropriate. “So, for example, in the docklands, we might see more studio apartments,” he concluded.

Tune in and listen here.